I would like to propose a vote to install ventilation in the back of the warehouse (by the HVAC room) to the left of the fire lane (as you look to the back door) where the Hot Metals Area will reside. Please See the attached SUPER ACCURATE* drawing for clarification on location.

I have an estimate (also attached) for $560 for the roof work required to set up the ventilation. And Michael Skilton has most of the other parts to the system.

VOTE: Approve funds up to $700 to install ventilation system for Hot Metals Area. 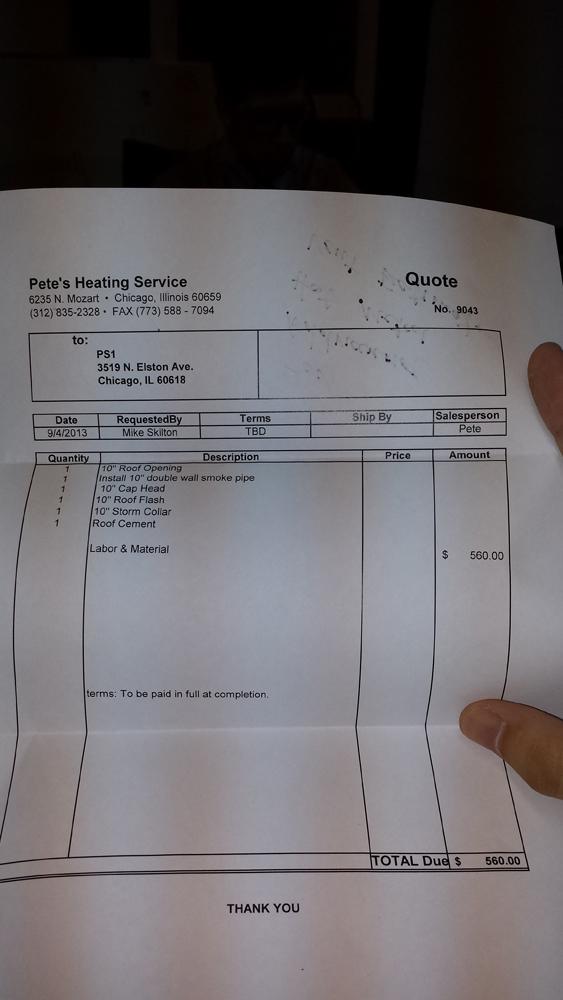 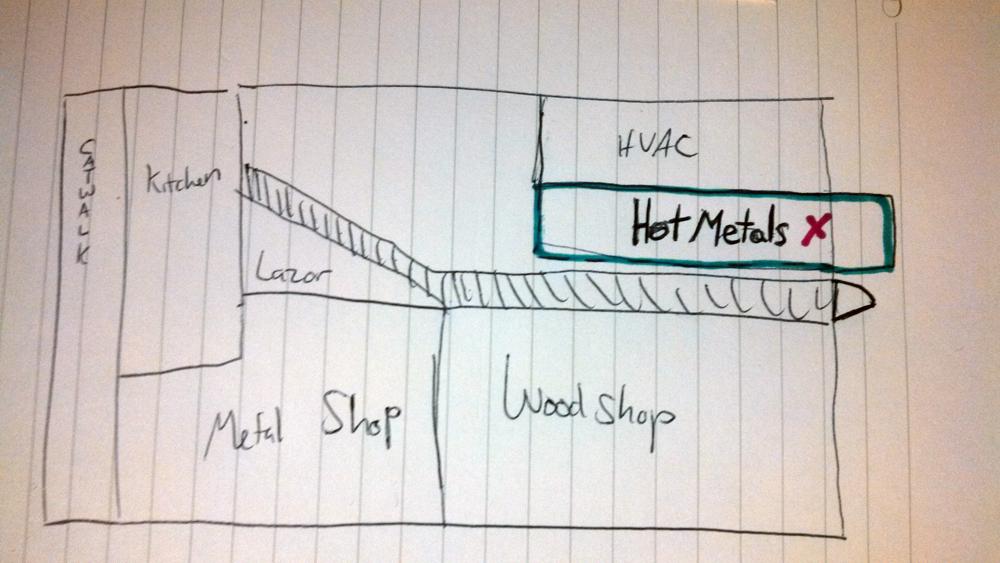